Facts, Aims and Purposes of

The Pennsylvania State Conference of Young People in Alcoholics Anonymous meets annually. This annual conference provides an opportunity for AA’s from all over the state and all over the world to come together and share their experience, strength, and hope as members of AA. PENNSCYPAA provides OVERWHELMING EVIDENCE that large numbers of people are achieving a lasting and comfortable sobriety in ALCOHOLICS ANONYMOUS.  Like any other conference, it is an OPPORTUNITY to learn about the program and SOBRIETY.​

It is a function of AA members in accordance with GSO guidelines for Conferences and Conventions that allows for heavy participation in service aspects of the conference by newer and/or younger Pennsylvania members, providing exposure to the 12 Traditions, 12 Concepts for World Service, service committees, and a convention of AA members – all vital components of the attraction that keeps people coming back.​

PENNSCYPAA was first held in York in 1989.  It continues to move back and forth across PA.  At each conference, bids are accepted from cities wishing to host the next PENNSCYPAA conference. PENNSCYPAA (affectionately known as “penn-see-pa”) brings the newcomer into the mainstream of AA Recovery, Service, and Unity through the 12 Steps, the 12 Traditions and the 12 Concepts for World Service – carrying AA’s message to the suffering alcoholic.​

More and more newcomers of all ages understand that 20-plus years of drinking coupled with loss of family, friends, and finances are not necessary for one to be ready for sobriety.  PENNSCYPAA provides an opportunity for AA’s from all over to come together and share their experience, strength, and hope.  AA’s who attend PENNSCYPAA return home better prepared to receive young people who come to AA looking for a better way of life. 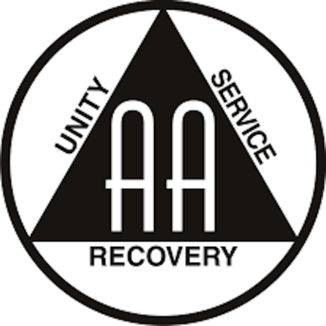 Alcoholism recognizes no barriers—age included. The first  Young People’s Groups (YPG’s) in Alcoholics Anonymous  appeared in 1945 in Los Angeles, California and Philadelphia,  Pennsylvania. In 1957, a meeting of young AA’s from across  the U.S. and Canada started what is now the International  Conference of Young People in Alcoholics Anonymous  (ICYPAA)—affectionately known as “icky-pa”.

At the 1960 AA Convention, Bill W. noted that the age of  new members was much lower than when he and Dr. Bob  founded AA 25 years earlier. A 1975 ICYPAA pamphlet  described the people in YPG’s as in their twenties and thirties,  with some teenagers. The trend has continued. A 1989 AA  survey reported that 30% of the respondents were less than  40 years of age and that 3% were less than 21 years of age.  The number of young people suffering from alcoholism who  turn to AA for help is growing and the purpose of Young  People’s Groups is to carry AA’s message of recovery  to alcoholics, no matter what their age. Through the  ICYPAA experience, the Pennsylvania State Conference of  Young People in Alcoholics Anonymous (PENNSCYPAA) was  created. PENNSCYPAA provides the young newcomer with a  conference where they can see and share the experience of  sobriety with other young people.

What happens at the Conference?
There are meetings, often around the clock, often a banquet  on Saturday night, and a dance, and other educational and  social activities. The conference is a chance to meet sober  people throughout the area and to make friends and engage  in fellowship. The conference is made up of one hundred  percent enthusiasm surrounded by unconditional love.

What are the meetings like?
There are Step, Tradition, Topic, and Speaker meetings, as well  as Open Discussion meetings. There are workshops in which  more experienced members give their views on specific issues  of sobriety. All meetings are open to any registrant who wants  to attend.

Are the meetings the main purpose of the  conference?
Although the meetings are important, the fellowship is  important too. The presiding spirit of the conference is found in these words from chapter nine of the Big Book  “…we aren’t a glum lot. If newcomers could see no joy of fun in our existence, they wouldn’t want it. We absolutely insist on enjoying life.”

Yet another reason for the conference is to promote unity in  the host city. The conference itself lasts only three days, but  planning takes a whole year and involves dozens of people.  By hosting a conference in your city, you can create a sense  of unity among individuals and among groups. This unity will also live on long after the conclusion of the conference.  “There exists among us a fellowship, a friendliness, and an  understanding which is indescribably wonderful.” And that  feeling doesn’t go away “as we go our separate ways.”

Are there any age restrictions?
No! Everyone is welcome. This is an AA conference for  sobriety, and an event that is for all AA members, regardless  of age. We define “Young People” as anyone who still has  room to grow. Although PENNSCYPAA is often said to be  for “the young and the young at heart,” the suggested age for  serving PENNSCYPAA is “under forty.” In the past, we’ve had  attendees in their teens and in their seventies.
​